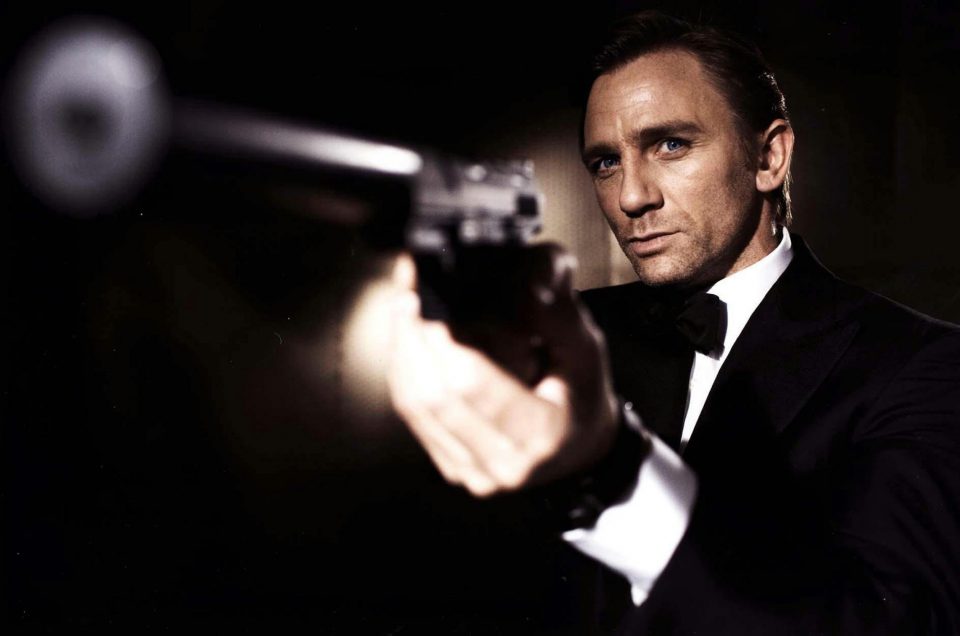 FRIEND and guest of The London Motor Show, Ben Collins, who was also Top Gear’s The Stig for eight years, had to walk away when the car was ripped into.

The deliberate destruction of James Bond’s pristine Aston Martin was “too much” for the stunt driver to watch.

Ben Collins, who was also Top Gear’s The Stig for eight years, had to walk away when the DBS was ripped into with a sledgehammer and rocks.

He said watching the car, worth in excess of £150,000, being wrecked on the set of Quantum Of Solace was worse than causing the damage himself.

Mr Collins told the Press Association: “At first it was quite shocking.

“The one we had on Quantum Of Solace – it starts clean and eventually just gets degraded.

“And so when the door is removed that is fine you can see the car being taken apart like a piece of Lego.”

He described someone using a scalpel to create bullet holes in the brand new dashboard, rocks to scratch and smash the bodywork, and a holepunch-like device to make holes in the windscreen.

Mr Collins added: “And then someone turned up with a sledgehammer and dished it out all the way down the side of the car – so all the body panels smashed to bits.

“And just completely abused this car. That was hard – I actually walked away in the end. Just let them finish the work and then come back. It was too much.”

He added: “When you’re driving you don’t think so much about that, but when you’re static and someone is just ripping into it, it feels bad.”

Mr Collins took over driving as Bond in Quantum Of Solace, picking up where Daniel Craig’s character left off in Casino Royale.

Reports have suggested that Bond will next be seen driving the Aston Martin Valhalla in Bond 25, although this has not been confirmed.

Collins’ comments come as Secret Cinema presents Casino Royale, the largest show it has ever produced, plays in London.

Originally due to run until September 22, on Tuesday Secret Cinema announced the show run will be extended by two weeks.