James Bond has a new car — but what are his best? 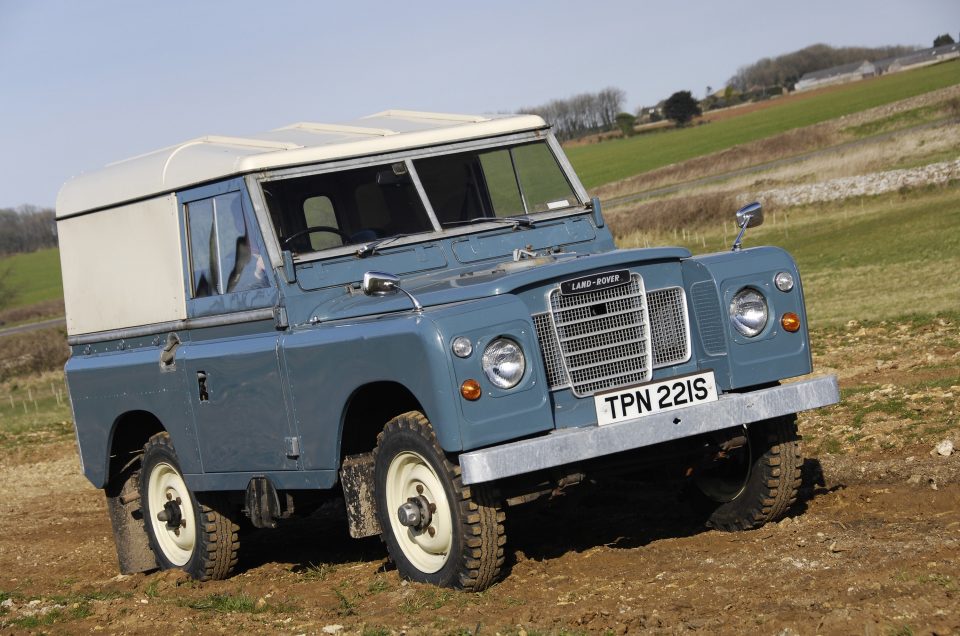 007 looks set to get behind the wheel of a Land Rover Series III in ‘Bond 25’, and we take a look at his best cars to date…

Filming for the new James Bond film has begun, and it looks as though 007 will be getting behind the wheel of one of the most iconic cars ever — the Land Rover Series III.

Pictures circulating social media show Daniel Craig driving around Jamaica – where the as-yet unnamed 25th Bond movie is being filmed — behind the wheel of the British off-roader, though it’s not yet known what role the car will play in the latest entry to the spy series.

Will it become an icon of the franchise? Who knows? But one thing for sure is there’s no shortage of legendary cars in Bond’s long history. We’ve picked out the best…

It had to be on here, didn’t it? The Aston Martin DB5 is as Bond as it gets, making its debut in 1964’s Goldfinger. With a revolving licence plate, a then space-age navigation system, tyre slashers, deployable smoke screen and oil slick, machine guns mounted up front and, of course, a passenger-side ejector seat. Not only did the DB5 catapult Bond to a new level, but Aston Martin too — with DB5 sales soaring as a result. Today, it’s arguably the most iconic film partnership in the world.

BMW’s deal for its cars to appear in Bond films is often a fairly forgettable one, though it produced something of a minor icon when the Z8 appeared in The Spy Who Loved me — even if its brief appearance was literally cut short by a saw-wielding helicopter.

When it comes to discussing James Bond cars, it’s easy to think just about the exotic machines packed with gadgets and gizmos. Not all are born equal though, and that’s certainly the case for this Citroen 2CV.

Bond, played by Roger Moore, piloted the incredibly spartan machine during a chase in For Your Eyes Only, followed by a fleet of Peugeot 504s. The 2CV managed to survive a roll down a hill, and a boom in popularity following this scene led to the French manufacturer even launching a special edition of the car — complete with bullet holes.

The Toyota 2000GT is an exceptionally rare car, with just 351 ever built. However, the convertible that appeared in You Only Live Twice is even more scarce, because just two were ever built — and both were for the film. Legend has it that then-Bond Sean Connery didn’t fit in the coupe, so Toyota created a couple of drop-tops especially for him.

Bond may have entered something of a malaise era when The Man with the Golden Gun release in 1974, but it did spawn one of the best film stunts ever pulled off. 007 found himself in yet another chase with the Hornet, freshly stolen from an AMC dealer, leading to an insane spiral jump at its climax. Though filmed in real life, it was the very first stunt planned by computer.

Here’s another example of Bond not always going for glitz and glamour. All the way back in 1962 for Dr No, the first movie in the franchise, the producers had to actually rent a car for Bond to drive.

The small Sunbeam Alpine, which sported American-inspired styling in a small British sports car package, proved a great way for filmmakers to hint at a life of glamour without breaking the bank. It is believed the original car used in the movie is still in Jamaica where its scenes were shot, though is in need of restoration.

The Lotus Esprit is already an iconic sports car, thanks to its distinctive wedge-shaped design. However, it gained immortality thanks to having a starring role in the 1977 Bond film The Spy Who Loved Me.

Movie-goers were wowed when the British sports car dived underwater and became a submarine. The conversion used in the film cost $100,000, and used fins where the wheels of a conventional Esprit would be to allow it to change depth.

For 2015’s Spectre, Daniel Craig’s car of choice was something a little different from the usual. Instead of using a production vehicle, Bond was given a design prototype that would ultimately preview the look of the as-yet-unreleased DB11 and Vantage

It was later revealed that the DB10 was based on the same platform as the Vantage, which would be released in 2018 to much critical acclaim.

James Bond has a new car — but what are his best?