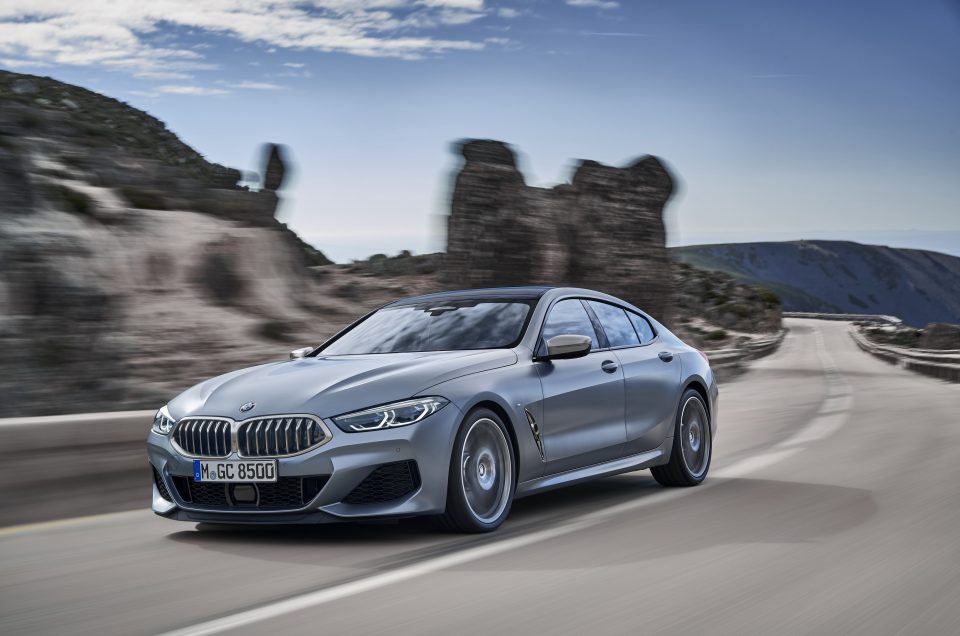 The latest variant completes the 8 Series line-up alongside the coupe and convertible models, with BMW saying the Gran Coupe is aimed at being an enticing compromise between long-distance comfort and sporty performance.

The wheelbase is 201 millimetres longer than it is in the coupe, which adds stability and contributes to a lower centre of gravity. The Gran Coupe also benefits from even weight distribution and a body made from aluminium, magnesium and carbon-fibre-reinforced plastic.

There will be four versions available at launch. The 840i, which uses a 335bhp straight-six-cylinder petrol engine, is available in rear- or four-wheel-drive, while the high-performance V8 in the M850i makes 523bhp. A diesel option, badged 840d, is also available with 316bhp. Each variant gets BMW’s eight-speed automatic transmission.

The equipment list is suitably high-end, with sports seats, the instrument panel and door cards all trimmed in leather, a panoramic glass roof exclusive to this model, and individual rear seats to give passengers a more comfortable journey. BMW says there’s more rear legroom than ever before in one of its coupes, while a third passenger could sit in the middle rear seat for shorter journeys.

The four-door, which is based on the same platform as the two-door models, has had its chassis tuned specifically for the extra size and gets adaptive M sports suspension as standard.

The Gran Coupe will make its public debut at BMW’s NextGen event later this month. The conference, which is being held in Munich, is an invite for the media to see the firm’s plans for the future of mobility.