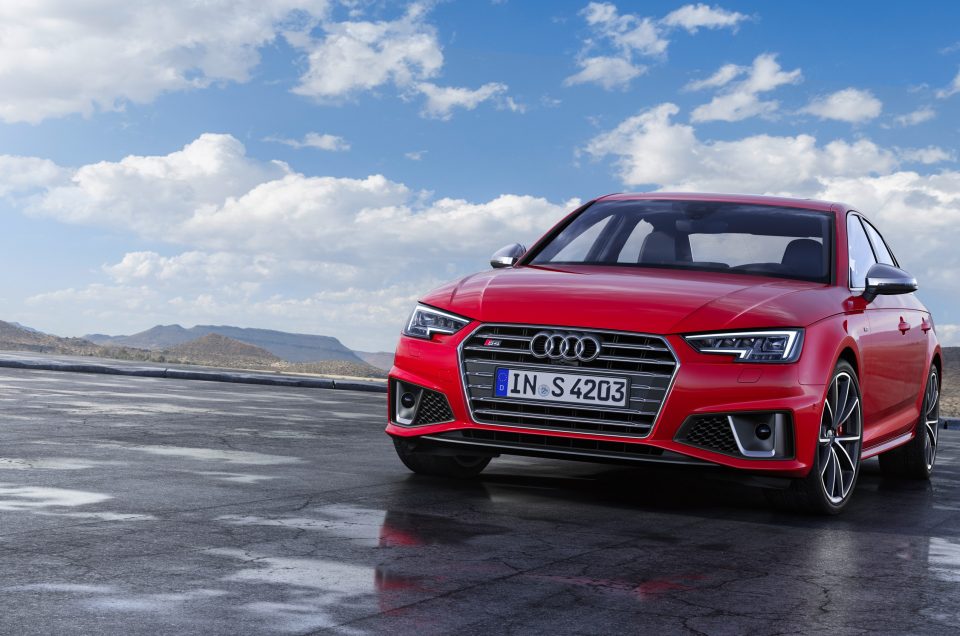 Audi has brought diesel power to its S4 for the first time as part of a shift to black-pump powertrains on its ‘S’ models.

The performance-oriented compact saloon follows on from the closely related S5, the larger S6 and S7, and the SQ5 SUV, in shifting from petrol engines to a diesel mild-hybrid V6. Like those cars, in the S4 it produces 342bhp and 700NM, sent to all four wheels via an eight-speed automatic gearbox.

As a result, 0-60mph comes in 4.6 seconds before hitting an electronically-limited top speed of 155mph. In terms of efficiency, Audi claims it can achieve 45.6mpg on the combined cycle while emitting up to 163g/km of CO2.

Previously, the Audi S4 had been powered by a 3.0-litre petrol V6, though the introduction of stringent WLTP emissions regulations led to the demise of the powertrain. Despite the new power unit, the S4 remains otherwise untouched from the outgoing petrol version — retaining the same subtly aggressive looks.

There’s no word yet on when the Audi S4 TDI will arrive in the UK, though expect pricing to be around the £50k mark.