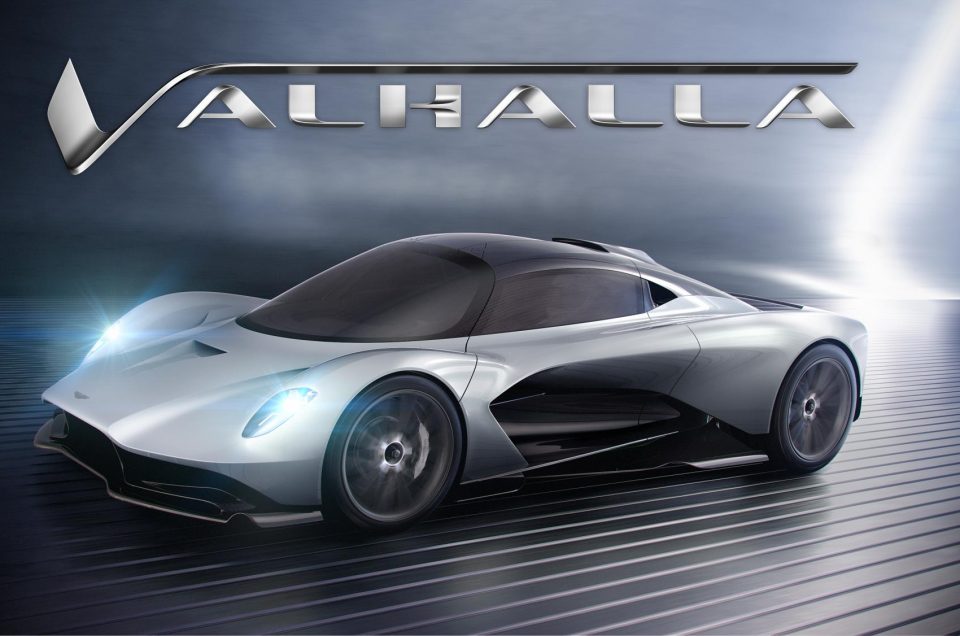 Aston Martin Valhalla is the new name of the hypercar formerly known as AM-RB 003.

The official confirmation of the name means that the British firm’s new mid-engined, petrol-electric hypercar will continue the Norse mythology-inspired naming structure started by the Valkyrie hypercar.

The Valhalla, which will be a track-ready but road-legal vehicle, will use know-how gleaned from that track-only model, such as lightweight construction methods – the body will be made solely from carbon-fibre – and “radical aerodynamics”. It will also be developed in conjunction with Red Bull Advanced Technologies.

Number of Valhallas that will be built

Power will come from a turbocharged V6 petrol engine and a battery-electric hybrid system. Although performance figures haven’t been revealed, one number we do know is how many will be made – just 500.

Aston Martin Lagonda chief executive, Andy Palmer, said: “Aston Martin model names always attract a lot of attention. They do so because they invariably capture an emotion or tell a story.

“In following the Valkyrie, we knew the Aston Martin Valhalla needed to make a strong statement of its own, yet also offer continuity and a clear connection. Norse mythology contains such powerful language and rich storytelling it felt only right that the AM-RB 003 should follow the Valkyrie’s theme.”

In Norse mythology, Valhalla was a great hall, ruled over by the god Odin, where half of those killed in battle would spend the afterlife. It was deemed a great honour to die in battle, and the slain warriors who would travel to Valhalla were chosen by Valkyries.